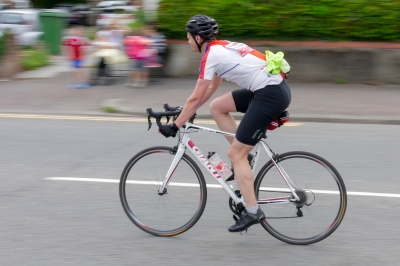 
Biking or Cycling is widely considered as an efficient and effective mode of transport. This idea has been getting a lot of momentum and attention in the recent years all thanks to the rise in global temperatures and the deteriorating environmental conditions. On the lighter note, the benefits cycling provides to the human body is numerous and the positive environmental impact comes as an added benefit.

What to love about biking?

This article gives you a detailed idea about the 20 of the best cities in The United States ideal for biking. For mapping out the appropriate cities, the benefits/conveniences each city provides to the biker has been the priority while writing the same.

The Chicago biking community has seen the light of dawn when the city built a total of 50 miles of protected bikeways. Just like the best Idaho bike trails, the uniqueness of these paths is that they are physically separated from the driveways by concrete curbs. In the year 2015, while being in power, the Mayor of Chicago completed delivered on his promise and built 100 miles protected and buffered lanes for bikers. A bike sharing program termed as Divvy was also formulated by the authorities that encourages bike sharing among the low income individuals and families.

San Francisco has been extensively engaged in adding miles of advanced cycling tracks and stocking up on the number of facilities the authorities provides to the biking community. Recently, they included a bike lane in the Masonic Avenue that is protected from the hazards of vehicular traffic via concrete curb. By the year 2017 the authorities are planning to add raised biking tracks and protected lanes on the Second Street. The 13th street of the city is being recently overhauled with the addition of parking protected lane for biking.

The US census data confirms that the percentage of bike commuters among the residents of Portland have seen a consistent. Figures indicate about 27% increase in commutes via bikes between the years 2013 – 2014. The inauguration of the Tilikum Crossing on the Willamette River put the city in the map of the biking communities. Further inputs from Nike led to the inauguration of the BikeTown bike share program that benefits the ones belonging to the low income group.

The city has seen its fair share of fatalities in the recent years all relating to bikers being totaled by drivers. This made the authorities rethink and later on invest about $100 millions in total for the inclusion of protected and raised bike lanes on the Queens Boulevard. They have completed an additional 50 miles of protected bike tracks in the city by the end of the year 2016.

Seattle has been in the works and came up with a master plan that proposes the idea of including a total of 50 miles of raised and protected biking tracks alongside the conventional driveways. The city also has plans for coming up with biking tracks that provide serene and scenic green covering for attracting more people opting for commutes via bikes.

The city’s glowing rate of success for being the friendliest among the lot, to the biking community is due to the steps taken by visionaries years ago. The early 90s and the late 2000s saw the transformation of the old and unused railroad tracks into environment friendly network of bike tracks. The three major and notable corridors worth mentioning are Washington Avenue, Hennepin Avenue and The 3rd Street.

The famous Boardwalk suspending over the river Colorado; the trail of Walnut Creek, linking the east of Austin with urban farms and the famous weekly bike races are some of the unique attractions on offer from Austin to the bikers. The authorities have allotted a total of $50 million for the development and construction of biking trails and tracks. A total of 800 acres of track covered with lush green coverings offers the bikers a safe and beautiful pathway that is dedicated and exclusive to the peddling routine.

The year 2015 marks the year when the city of Cambridge is decorated as the safest among the cities of The United States for the biking community. The recent completion of protected biking lanes on the Western Avenue marked another milestone in the city’s quest for offering the bikers a safe road environment. A total of 44% of the commuters in Cambridge are females. This can be taken as a proof of road safety offered to the bikers. The authorities also implemented the practice of installation of side-guards on all commercial and large vehicles.

The capital city boasts their range of protected lanes dedicated to the biking commuters. These tracks provide the bikers with permanent solutions for safe and secure commutes via bikes. The concrete dividers keep the biking lane separate and safe from vehicular traffic. The city inaugurated a biking lane that connects the First Street with the Union Station and the trail of the Metropolitan branch. The Washington DC authorities included the training of safe and secure bike riding in the city streets and included the same as a curriculum, that is made mandatory for the children from the second standard.

Boulder, the city of Colorado is long known for their bike friendliness and that encouraged a majority of their population, to be precise about 9%, to commute via bikes. In the year 2015, the Folsom Street, a major arterial road of the city was redesigned and reduced from four lanes to two lanes. The excess space is being utilized for advanced biking tracks protected by concrete curbs all along.

The city of Denver is well known for their extensive and advanced network of biking trails and tracks. If one starts off from the 15th Street, it can be readily seen that the track is separated from the driveway via paints and plastic posts. The city recently unveiled their 100 mile trail network totally dedicated to the bikers.

The city is well off with the plethora of courses they offer related to the safe and secure commute via bike. The courses include classes for the children and the elderly that mainly focuses on the safe practice of riding bikes on roads and other terrains. The Fort Collins also offers a certificate course on the safe operation of motor vehicles around bike riders.

In the year 2013, the city authorities inaugurated the Cultural Trail which was constructed after spending a whopping $63 million dollars flowed by an off-street 8 mile long biking trail at the heart of the urban jungle.

In the recent years, Salt Lake City marked its presence in the biking community by coming up with projects and initiatives that makes them the most modern destination for biking style of commute. 2014 was the year when the city inaugurated two biking tracks that is protected by concrete dividers which enables the bikers through the town. The city makes the use of signals allocated to the bikes, which facilitates less confusion between drivers and cyclists.

The improvements made to the track alongside Philadelphia’s Schuylkill River provided a huge boost to the number of people opting for a ride on their bikes for every short and long trip which previously they used to cover via their cars. This is due to the fact that this trail is actually a 15 feet wide boardwalk that hangs 2000 feet above the ground and runs through the Schuylkill Bank. Another track is situated on the north of the Schuylkill River Trail consisting of the stone arches of the Manayunk Bridge. It was repurposed in the year 2015 that serves both the pedestrian and bike traffic.

The year 2017 marked the completion of the one mile section of the Capital City State Trail. This allows the locals to continuously ride from the start to the end of the trail starting from Madison till Milwaukee to the east. To the south of Madison, the 2.5 mile long Capital City State Trail, joins the two parks located nearby which includes a 1 mile long bridge over the Waubesa Lake.

The city is equipped with a robust yet convenient bike sharing system with a fleet of 2000 bikes. The name of the system is New Balance Hubway. The implementation of the system made Boston to see a total of 35% increase in the mounted commuters and cycling enthusiasts between the years 2010 and 2014.

2016 was the year when Eugene announced its 20-year commute plan which is made with the goal of upgrading the entire biking infrastructure of the city. The authorities of Eugene want to implement a low stressed network of biking tracks, lanes and greenways protected from the vehicular traffic via concrete curbs and advanced sensors/signalling systems. Three pedestrian/bike bridges will make the connection with the commercial areas and residential neighbourhoods, extending further to the 7 mile long Fern Ridge Path System. In collaboration with the University of Oregon, a plan to launch a bike share system is also in the works.

In the year 2015, the city of New Orleans opened up their $9.1 million Lafitte Greenway, which is a 2.6-mile park. This pathway connects the French Quarter with that of the City Park. The city authorities planned to make the greenway surpass the 100 mile marker in terms of biking tracks by the coming years. This initiative by the city officials did not go in vain and according to the U.S. survey data, the number of bikers increased by a percentage of 56 between the years 2010 and 2014.

Since the year 2000, Pittsburgh comes in second place preceded by Detroi and Michigan in the number of bike commuters who are relatively new in this game. This is according to the data provided by the League of American Bicyclists and t he United States census. A brand new bike sharing system is put into place by the officials with a fleet of 500 bikes across 50 stations in the year 2015 that serves upto 12,000 commutes per year. The installation of biking tracks across the Penn Avenue which funnels the bikers form downtown to the Strip District.