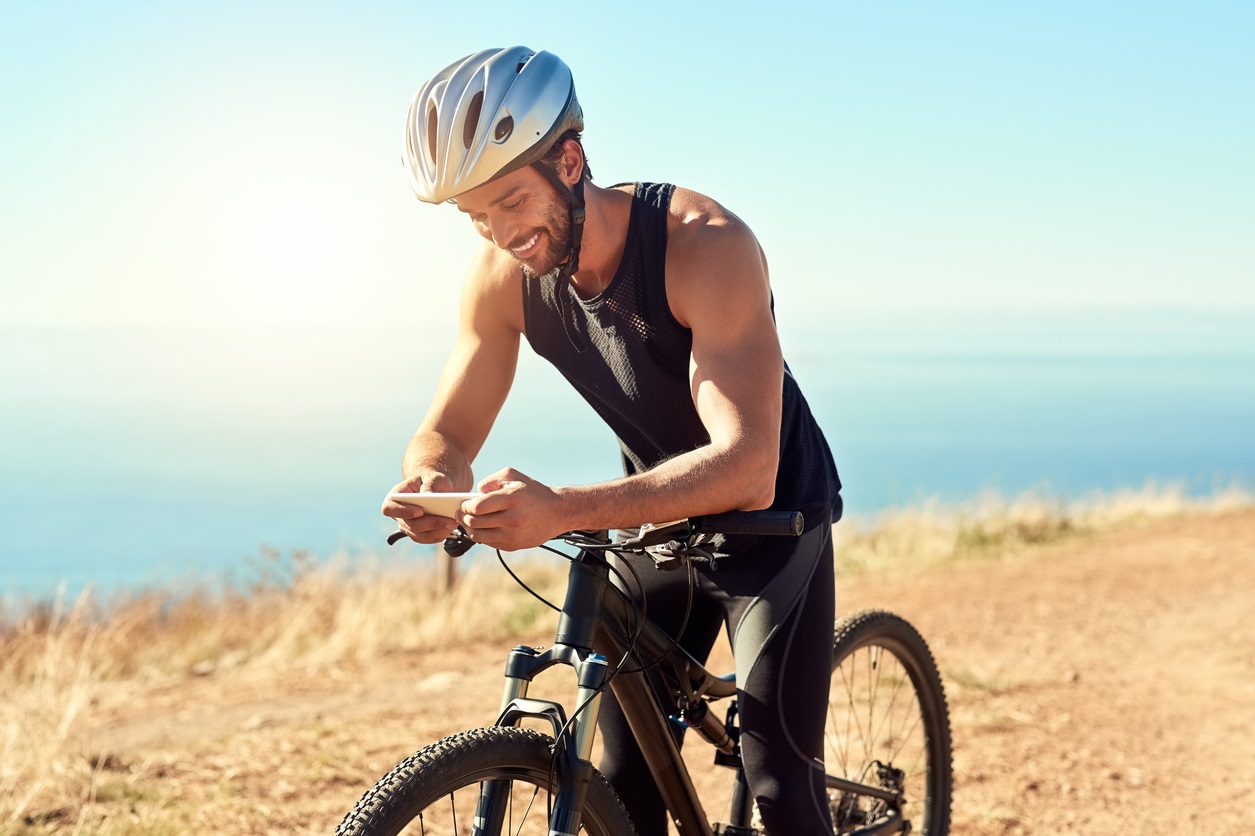 The act of riding a two-wheeled cycle in order to reach a particular destination or pedaling a racing bike during a sporting competition is generally called cycling. Cycling which continues to be the most effective and cheapest form of transportation is also variously referred to as biking or bicycling. Bicycles which started being used extensively in the 19th cent have evolved tremendously and presently happen to be the most widely used vehicle of transport in many countries around the world.

Cyclists, bikers or bicyclists ride a bicycle not only for commuting to work or rushing to the supermarket but also for physically exerting themselves, participating in a cycling meet or simply for recreation. However, cycling not only involves pedaling cycles with two wheels but also includes riding four-wheeled bicycle, tricycles, and unicycles. No other machine-driven or manually powered vehicle can compare with the versatility and convenience of a bicycle when it comes to commuting a moderate or short distance.

Taking a ride on a bike is always preferable to hopping onto a bus or driving a car, (especially if you’ve to reach your destination which is nearby) for various reasons but particularly for health. Since it requires some effort to pedal a bike, the cells, tissues, nerves, cartilages, and bones in your entire body and especially the lower extremities, get stimulated, thereby keeping you slim and fit. Secondly, since a bicycle is driven manually, there is a massive reduction in the combustion of diesel, petrol, and other fossil fuels which in turn checks further environmental pollution and degradation.

Cycling in all its varied forms eventually enables the bicyclists to save money and keep themselves in the pink of health but also is beneficial for the society and economy as a whole. On one hand, the roads, streets, and avenues suffer less damage but on the other, more spaces are available to pedestrians for walking or striding on the footpaths and causeways. Following are the 8 most noteworthy benefits of bicycling:-

Believe it or not, you’ll be able to get to your workplace in the nick of time by cycling instead of cursing and fretting in your car during rush hour traffic. Several surveys have been carried out by automobile and bicycle manufacturers which have corroborated the finding that you can make it faster to your destination when you ride a bike compared to driving a car, especially during a snarl-up.

Bicycling at a high speed for even half an hour exercises your sinews thoroughly tiring you out in the short run. Consequently, you may not feel energetic enough to complete all your daily chores but at the end of the day will be rewarded with a good night’s sleep.

Cycling on a routine basis shields your skin from the hazardous effects of UVA and UVB rays. Riding a bicycle stimulates circulation of blood, and boosts delivery of nutrients and oxygen to cells throughout the day. As a result, your skin is less prone to developing wrinkles or creases and ageing prematurely.

Pedaling can be an extremely effective way to stimulate the development of fresh neurons in the brain’s hippocampus region which in turn improves cardiovascular and cardio-respiratory health. The upshot is that you’re able to think more deeply and remember or recollect better, since this is what sports do to the body, and that’s why people practice biking and other sports as golf, as I do, since friend has one of these golf simulators that let you practice indoors.

Bicyclists, especially the older ones are able to keep themselves more active as well see a significant improvement in their arthritic or osteopathic conditions when they cycle more frequently.

There are studies and researches to prove that pedaling routinely can help boost your libido thus causing you to lead a more active sex life.

It can be logically inferred that you’ll tend to live longer if you stay disease-free and healthy. So, it follows that biking can improve your lifespan.

Since bicycling makes you appear younger than your years, you naturally feel confident about yourself as well as about everything that you say or do.

1. Road Bikes
A road bike, as the terminology makes it crystal clear, is meant to be pedaled on metalled roads, paved streets, and smooth pavements. Road bikes, therefore come equipped with slim tires, moderately tough drive trains, and looped handlebars. At the same time, a road bike is designed to handle loads and cargo that are less bulky.

2. Cyclocross bicycles
Cyclocross bikes are particularly designed and fabricated to be pedaled on a variety of surfaces including grassy trails, gravel tracks, and muddy paths to name a few. Often referred to as ‘cx bikes’ or ‘cross bikes’, Cyclocross bikes are outfitted with drop bars like road bikes but have tires that are thicker and broader for transferring a better tread on different surfaces. Also, the braking mechanism checks buildup of mud in the drive train.

3. Touring bicycle
A touring bike is an improved version of a road bicycle as you can comfortably travel long distances with this type of bike. These bikes come with bolt accessories for upping or lowering the fenders and cargo racks and the framework is flexibly built allowing the rider to sit comfortably especially during long rides.

4. Triathlon/Time Trial Bicycles
Triathlon bikes or time trial bikes are yet another category of road bikes that are manufactured keeping aerodynamic aspects in mind. Starting from the drive train to the handlebar, the form factor is aerodynamic letting you bend over backwards or stoop forward for thwarting wind resistance. Triathlon bikes happen to be more durable than standard road bicycles.

5. Flat-Bar Road Bicycles
A flat-bar road bike does away with the drop handlebar of a road bike-the bar is upright or flat but retains the lightness of the latter as it comes with a light frame and slim tires. This type of bike is usually used for pedaling aggressively on paved or unpaved bike trails for keeping oneself physically active.

6. Track/Fixed-Gear Bicycles
Track/fixed-gear bicycles are meant to be used in velodromes that have cycle racing tracks with steep and banked surfaces, and constructed accordingly. These bikes come with fixed gear system which prevents you from coasting which means you’ve to pedal constantly when you’re riding. The gear mechanism also doubles as a braking system for fixed gear bicycles.

7. Mountain Bikes
Mountain bikes are specially designed for biking on unpaved, graveled or rough tracks and trails which you usually encounter in the peaks or countryside. Mountain bikes for sale are characterized by gear system that is nearer to the ground and have erect or flat handlebars. The best mountain bikes are equipped with a specialized suspension system either at the back or front that act as a shock absorber.

8. Hybrid Bikes
The hybrid bike evolved as a crossover between mountain bike and a road bike and is best used on unpaved or paved tracks in your neighborhood or for making a quick trip to the grocer. They’ve flat handlebars and large cushioned seats with tires that are moderately thick and usually have a suspension system at the front.

9. Performance Hybrid Bicycles
A performance bicycle or more specifically a performance hybrid bicycle offers the advantages of hybrid bikes, like the ability to ride on different surfaces, and at the same time can be used in cycling competitions. This kind of bike has a moderately upright bar, has a somewhat smaller seat compared to a hybrid bike, and may or may not have a frontals suspension mechanism.

10. Cruiser Bikes
Cruiser bikes, as the title suggests are built especially for cruising on a variety of road surfaces. These bicycles come with a large padded seat set in a fashion that lets you position yourself comfortably without compromising on firmness. Handlebars are swept backwards but remain very upright and have ballooning tires.

11. Flat-Foot Comfort Bikes
A flat-foot bike is so called as it incorporates the flat-foot technique which enables you to pedal by crouching forward comfortably. So, if you’ve to brake suddenly, the mechanism allows you to position your feet on terra firma immediately. The framework of flat foot bikes are somewhat drawn out which helps in pedaling by fully extending your legs.

12. City Bikes
The expression city bike is a misnomer simply because these bicycles are not only designed for pedaling just within cities but can also be ridden in suburbia and outskirts. City bikes, apart from having the features of a standard bike may also have specially constructed mud guard, chain guard, and fenders.

13. BMX Bikes
BMX Bikes which happen to be small in size are meant to be used mostly by kids and children but can be used by adults as well. This type of bike is built sturdily and is equipped with a padded seat, small but thick tires, erect handlebar, and a robust brake system.

14. Folding Bikes
Folding Bikes as their name clearly gives away are designed in such a way that they can be folded down to a small size for storing conveniently in planes, boats or apartments. A folding bike which has small tires and can be compacted is suitable for those commuters who have to carry it along with them in trains or buses and then ride the remaining distance to their offices or factories.

15. Recumbent Bikes
Recumbent bikes are characterized by a long framework with a drive train that lies closer to the ground and has a large seat to which a backrest is attached. A recumbent bike could be a two-wheeled or a three-wheeled model specifically meant for using in neighborhoods and may not be suitable for pedaling on elevated tracks.

17. Adult Tricycles
Adult Tricycles have three wheels, a large one at the front and two smaller wheels at the back and are generally used by the elderly who have problems balancing a two-wheeled bicycle.

Conclusion
Closing up, it can be said that bicycling continues to be a very popular method of transportation all over the world for which different types of bicycles are used extensively.